Launch of ‘Paani Banao’ Initative at the Sindh Governor House

On Friday, 22nd March Hisaar Foundation celebrated the World Water Day 2019 “Leaving No One Behind” at the Governor House Karachi with the launch of its pilot initiative “Pani Banao”.   As the summers are fast approaching, the water supply problems at Karachi are expected to exacerbate. Addressing the audience at the governor house, Ms. Simi Kamal, Chair Academic Committee, Hisaar Foundation spoke about the importance of World Water Day in raising awareness on “water for all” and stressed on individual responsibility of the citizens towards responsible use of water. She said that taking measures on an individual level to a decision-making level, it is imperative to tackle the issue of water scarcity with a holistic approach to water resources amongst all the stakeholders.

On tackling Karachi’s water issues Mr. Zohair Ashir, Governor and Think Tank on Rational Use of Water member, Hisaar Foundation stressed that water conservation is a big part of solving our problems. He presented on water harvesting “Paani Banao” initiative as a suitable and easy to do solution for Karachi. The primary focus of this initiative involves collection and harvesting of atmospheric moisture generated by the cooling action of air conditioners. Mr. Ashir shared estimates that during the peak humidity season from an air conditioner of 2 tons, 20 liters of water can be harvested within 8 hours of its functioning which can then be utilized for purposes such as irrigating the gardens, mopping of windows, outdoor furniture and vehicles etc.

Paani Banao targets 1 million air conditioners in Karachi within the next one year, including government buildings, businesses, factories, houses and shopping complexes etc. It is estimated to yield 5 Million Gallons per Day in Karachi which is equivalent to total water requirement for areas such as DHA. A small demo of this initiative, installed at the Governor House Karachi and water harvested for a day from a few air conditioners was shown to the audience.

Speaking on the occasion the chief guest, Mr. Imran Ismail, Governor Sindh stressed on the importance of collective citizen action to address environment issues. He lauded the efforts of Hisaar Foundation and offered his support to the Paani Banao initiative by proposing the Governor House building to be transformed into a full water recycling building. Towards the end, Mr. Ashraf Kapadia, Chairperson, Hisaar Foundation thanked the guests and the audience.

Over a hundred people attended the event including prominent members of PTI, industrialists, local government representatives and officials, students, citizens and media representatives. 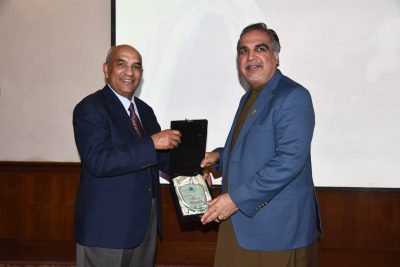 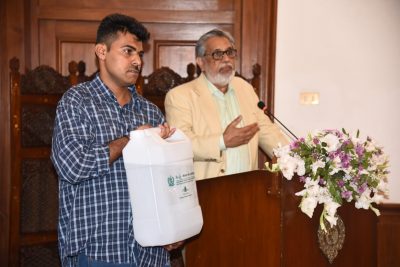 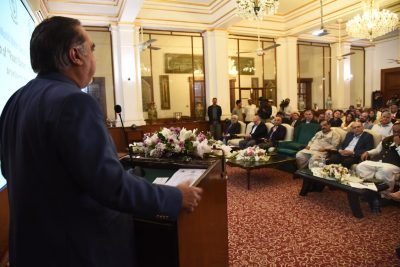 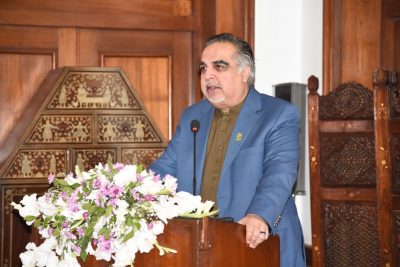