Thirsty for water, Sindh braces for a public health crisis

With a severe water crisis gripping the province, there is an urgent need for an overreaching provincial water policy

Sindh is a lower riparian province. Hence, it is more vulnerable in its dependence on the Indus River for water.

According to the Water Apportionment Accord 1991, an agreement signed on the sharing of water between the provinces of Pakistan, Sindh receives 42 per cent of the water share from the Indus Basin. The accord was signed in 1991. Sindh’s population was roughly 30 million in 1998. Today, the 2017 population census puts the headcount at over 47 million. Yet, the water availability has not been revised in accordance with the population growth, rapid industrialisation and urbanisation that the province has seen.

Overall, only 41 per cent of the households in Sindh have access to tap water, and this figure decreases dramatically to seven per cent if only considering the rural context.

In the agriculture sector, the largest user of water, the current canal irrigation system’s efficiency of 34 per cent is poor and it needs to improve and be further extended to the arid areas of Sindh.

Agriculture here is deeply impacted by waterlogging and salinity problems and in many instances, farmers are using saline and contaminated water to grow crops. 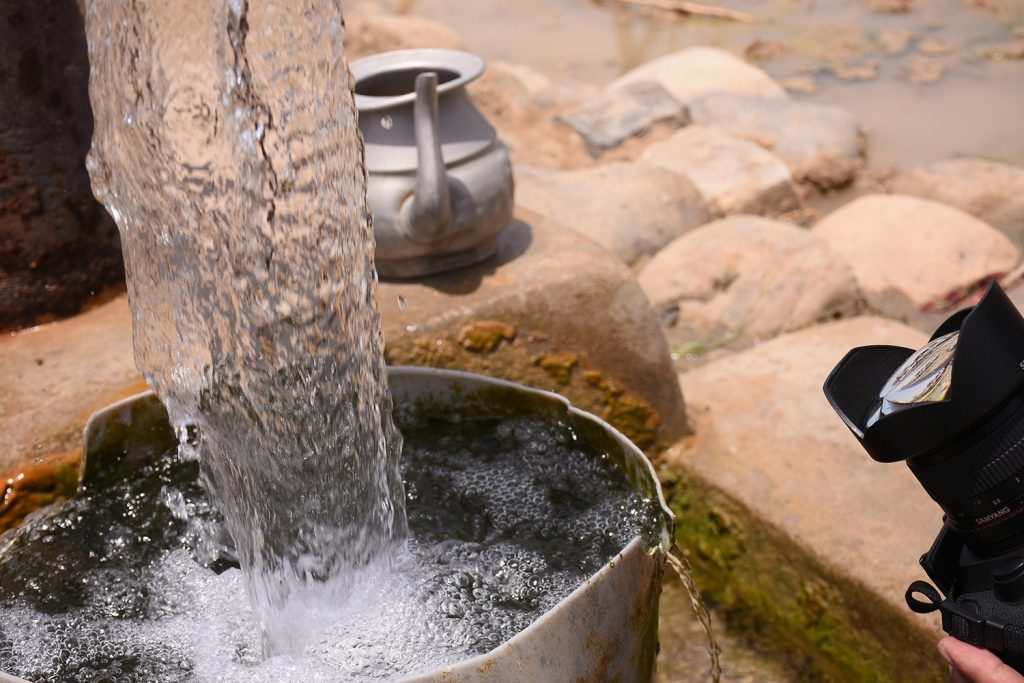 Sindh is still receiving the same share of water agreed upon in 1991. Photo: Ijjaaz Gill

Waterborne diseases are on the rise due to unaccounted for dumping of sewage in the water bodies. Recently, a drug-resistant typhoid strain, identified first in Hyderabad, spread from the city to various parts of the country.

Every year, many young children and women die in Tharparkar, where there is no surface water available. The people of the area are severely malnourished due to water scarcity and the inability to grow food. With such a scenario Sindh and by extension, Pakistan, the country is far from achieving its adopted Sustainable Development Goal number six which promises access to safe and affordable drinking water for all by the year 2030.

Also, the quality of water is directly linked to industrial, urban and other public sector usage patterns and practices. The waste and effluents generated by these urban and industrial activities are eventually dumped into the water bodies without any treatment thus polluting the water source for the others down the user chain. Most of the cities in Sindh rely on poor and outdated water supply infrastructure which runs parallel to the sewage lines. In the absence of proper drainage and treatment facilities, the sewage water contaminates the freshwater supplies. In addition, the industrial use of water is highly unregulated with poor implementation of laws and regulation. On the other end of the spectrum, the cities are facing water shortages due to mismanagement and poor governance. The commercial hub of Pakistan, Karachi, receives an inflow of 670 million gallons per day (MGD) — only 55 per cent of its total water requirement.

In the absence of lack of investment, low tariff rates and lackluster collection of bills, it is the poor population residing in the cities that suffers the most as they have to set aside a large sum of their income on regular basis to pay for water from illegal sources and remain trapped in the circle of poverty. 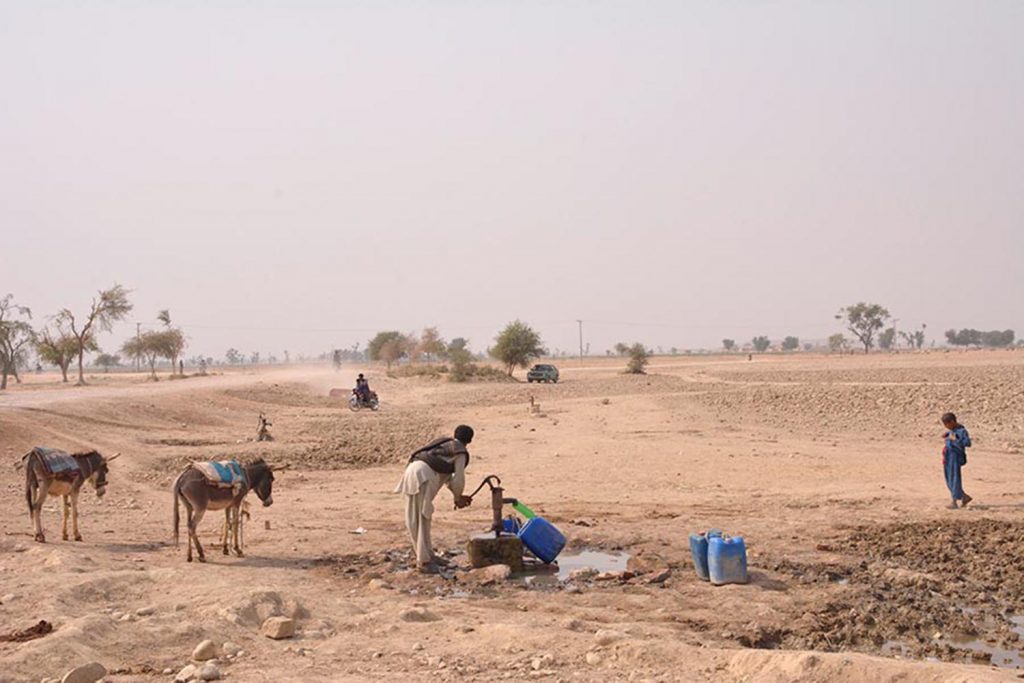 A man is seen filling his jerrycan from a hand pump in interior Sindh. Photo: Amar Gurio

Then there is climate change, which is a growing threat to the water resources and water availability in Sindh. In the absence of appropriate measures being taken, the province will experience further damages to human lives and economy. Sindh has already witnessed a number of floods over the last 20 years due to inadequate drainage and blockage of waterways. The rising temperatures each year bring droughts in the region and exacerbate water scarcity.

Two of the largest freshwater lakes in Pakistan, Keenjhar and Haleji, are found in Sindh. However, the reduced inflow of water from the Indus River significantly impacts these wetlands and their surrounding ecosystems.

Unlike other provinces of Pakistan, Sindh requires a minimum environmental flow of water to maintain the proper functioning and health of its water bodies such as the Indus Delta mangroves and coastal wetlands. These mangroves and freshwater lakes have to be safeguarded from degradation and over-exploitation as they not only serve as fishery grounds but are vital to maintaining the natural balance of the water ecosystems.

In light of the above scenario, the Sindh government needs to pay attention to its governance and leadership strategy for fixing the fundamental flaws in local governance, municipal authorities and related departments.

These should be enabled to enforce and implement water laws and regulation for the benefit of the people of Sindh and protection of its water resources. Technological innovations, research and evidence-based interventions should be adopted to increase water productivity in all sectors.

An overarching Sindh Water Policy, a detailed master plan for each district and city of Sindh, should be devised where decision making with equal representation of all segments of society is ensured.

The Hisaar Foundation is a Karachi-based organisation that works to raise awareness on water, food and livelihood security.

Read the original Article on www.geo.tv